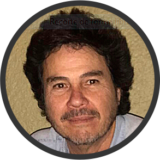 Officers & Directors
Board of Directors

Carlos Madero encountered the dharma in 1995 and received teachings from several lineages of Tibetan Buddhism. He met Tenzin Wangyal Rinpoche in 2003, and in 2006 became director and founder of Chamma Ling Torreon, home of the first Bon stupa in the West. He is an umdze (meditation leader) and provides guidance and organizational support for the sangha in Torreon. From 2010 to 2012, Carlos was director of Ligmincha Mexico, organizing the completion and consecration of the Bon Stupa for World Peace in Chamma Ling Valle de Bravo He has been an adviser for Ligmincha Mexico since 2012 and is on the board of Ligmincha Mexico.