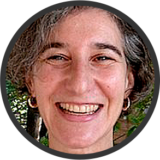 Sue Davis-Dill, Executive Director of Ligmincha International, was first introduced to Tenzin Wangyal Rinpoche in 1996 while living in the San Francisco Bay area. Shortly thereafter she moved to Virginia in order to fully immerse herself in his teachings. In 2000 she became the founding manager of the Ligmincha’s Bookstore and Tibet Shop. Sue became Ligmincha’s Executive Director in 2010 at the request of the Board of Directors.